Douglas came to us with the request of a modernised design for his company logo, one that would be suitable for use across a variety of media. The logo design needed to work well on both dark and light backgrounds, initially working for use on a business card and also for his company van signage. Our original logo designs for Douglas included multiple styles, however focus was given to the inclusion of a series of colour swatches – to suit his business activities of painting and decorating. Douglas was then given the opportunity to select elements from both the layout and design styles and any of the colour palettes that were used. As an alternative, Douglas chose to go with a greyscale version of the logo, also requesting the inclusion of an art deco style font, of which we tested out a few. This resulted in a nice, simple piece that really incorporated Douglas’ ideas and vision. The final font and greyscale colour palette really brings the whole logo together nicely and a mid-dark grey box placed around the entire logo, allows for it to stand out against both the white and black backgrounds that it will be used for.

For his business cards, we provided Douglas with two draft styles of card, a white version and a grey version, both with different layout styles. Douglas chose to go with the darker version of business card without any alterations, so we created the final polished version for print and arranged for the cards to be printed with a matt laminate finish. We love these business cards and the subtle pattern in the background really adds the final touches. 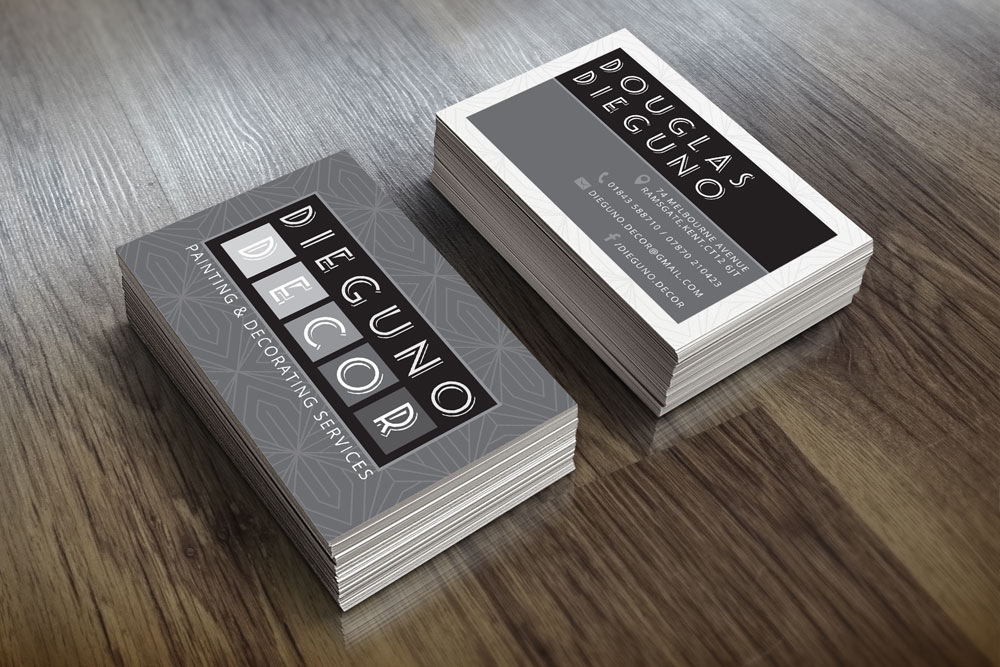